The Newest Tech May Have Turned You into a Creator and You Didn’t Even Know It.

This story begins with a creative spark. More often than not my creative sparks lead me to photoshopping Bane masks onto people’s heads or turning them into Sith Lords. Today however started with business and turned into pleasure; like most things. 😉

I was in the process of plowing through the pile of photos I had to still edit from the Car Show last week. This is perhaps one of the least desirable photo projects for me, as every single car was so shiny that a murder of crows would have attacked all the cars and flown them away. Don’t doubt crows, they are smart motherfuckers. Anyways, shiny cars right? Photo flashes right? So basically every photo was too dark in the background and too bright on every shiny part on the car. It’s a nightmare.

Back to editing photos diligently, I decide to focus on some of my engine photos, because thankfully most of the engines are matte.  I get the idea to make a cool 4 engine picture by combining 4 different photos. Sweet. 3 less photos to edit and now I have one cool one.  After finishing the “official version” of the photo, inspiration strikes me like a slight prod from jake’s nose when he wants to be pet.

So away I go with my original task quickly forgotten and digital effects spilling onto my photoshop canvas. Within no time I have a nice photo made.   It’s not enough though. We have to go deeper. My creativity isn’t done with me yet.

An hour later and after countless filters applied to a single layer, (I know dangerous right? I like to live on the edge) I arrive at my final product. Which of course looks nothing like 4 different car engines. Such is the beast of creativity, driving us to change recognizable things into the foreign and unknown.

At this point you are probably thinking,

“Okay David that’s a great story and all but this was some bullshit clickbait title.”

False. I’m just long winded. I had to tell a story before I can share my revelation.

My revelation is this: I have made countless photos and photo edits in Photoshop. Hundreds upon hundreds. That makes me a creator. I am producing original content. That revelation by itself struck me as I unloaded the dryer, which is of course a dangerous task to have revelations during. That’s how you lose socks man.

You don’t want to lose socks.

I had never thought of myself as a creator before, I certainly didn’t imagine myself being a creator when I was a kid. Photoshop is a technology. It enables me to create images and graphics. Without photoshop I would have to rely on other images people have made. That or… use the clunky photo editing features in microsoft word, which results in everything looking like the bastard child of clip-art.

Now my line of thinking led me to all the other technologies that allow people to create.  In this day and age often people are creating without even realizing it. Take for example fitness trackers. If you wear one you are creating body metric data whether you realize it or not. This data can make beautiful graphs or be harvested by nefarious corporations.

The level of customization built into technology now enables the user to create a completely custom experience. Even since the days of MW2(modern warfare)  people have been using the simple emblem creator to make elaborate images. Even your conversations can count as original content. I discovered my old cache of files from my first computer. I found pages and pages of old MSN conversations and was amazed at the things I had said. (no you can’t see them, these conversations are never seeing the light of day)

I believe this marks a critical point in our human history and our culture. I believe as the rate of creation goes up, so will the rate of culture change. The more content that is created the more culture will absorb and adapt. The average meme or funny picture on the internet has a much shorter cycle period then they used to. Now you can see the same picture on Facebook, Tumblr, Reddit and Buzzfeed within minutes.

I believe culture is a sort of biological creature. It can adapt and evolve. We as humans don’t fully understand it. We create it incidentally not purposefully. Culture is far reaching, border crossing and generation crossing.  Culture drives our societies, our peoples, and influences the decisions we make. The future of our culture depends on the content we create.

So I ask you, what have you created today? 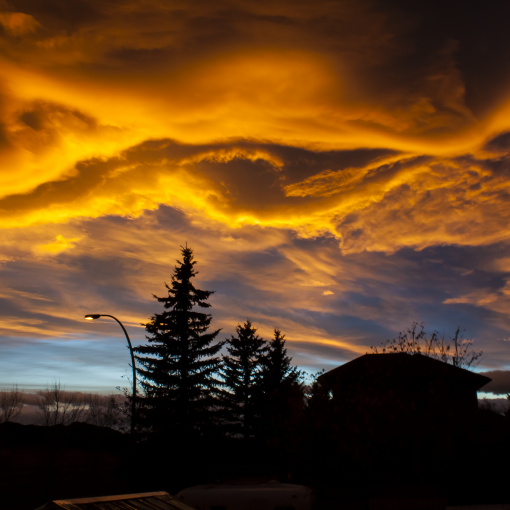 Little did I realize, being able to recognize a beautiful scene is only about 25% of the battle. Another 25% is the […]