It was stupid, reckless and frankly, suicidal. While self-destructive tendencies run in the family, I usually stray away from these masochistic outings. I found my vice yesterday and I’m helpless to resist it.

I sprained my hamstring twice in 2 weeks, a venture few would be happy about. Amazingly I managed to not even hurt the same part of my hamstring twice. Your hamstring is a 3 headed muscle, meaning that there are 3 distinct points where your hamstring connects on each end of your body. The first time I sprained it, I hurt the inside head, or as it’s formally known: the Semimembranosus. Like a good boy I went to physio for an entire week and took care of my hamstring. The physiotherapist has told me it was only a grade 1 sprain, meaning it was extremely minor, an estimated 1 week recovery time. The last treatment I received from the physio was something called, “needling.”

Needling is a process where they take acupuncture like needles and repeatedly stick them into your muscle, in order to ya kno, heal you. Somehow we don’t intuitively think of sticking really thin pieces of metal into our muscles to make them work better, but ya kno, science; bitch.  The needles used in this physiotherapy practices are not hollow, meaning that when it pierces your skin and slides deep into your muscle, bits of your body aren’t going to get skewered and kabob-ed inside the needle.

My physiotherapist enthusiastically informed me that the needle is so small that it actually slides between muscle fibres, instead of tearing them. The point, (hah, the point…) is to stick the needle into knots in the muscle, thereby causing them to release.

After a long week of recovery and being careful I was able to play my first few games back. After that it was immediately back onto the soccer battlefield, punishing my hamstring with a coed soccer tournament the first few days back from injury. I survived the games… barely, despite the reckless tackles I was subjected to. I swear I got hit more, and harder in those coed games then I usually get hit in mens.  I emerged mostly unscathed, with a brace of absolute screamers I ripped in from almost half. My legs were feeling good and providing the results I needed, but that’s when everything fell apart.

In a simple drop-in soccer game I pulled my hamstring for the second time, in spite of the fact that I was trying to play reserved.  One simple shot with a futsal ball did me in. This time I pulled the middle head of my hamstring, which is the one that you can’t avoid, meaning that I effectively became a limping cripple for the next 4 days. My range of motion was seriously impacted, my morale dropped to an all-time low, and I felt miserable. I moped around for 2 days  and my girlfriend, Mira can attest to that. There’s something in my brain that just shuts off whenever I can’t walk around freely, I get lethargic, feel depressed and lose all motivation. If you don’t believe me, I even have a depressing a.f youtube video about it. Despite my age, my experience and having just been at physiotherapy for the last week, this addiction, known as soccer, led me back down the injury goat path.

I counted my sheckles, gathered my courage and trundled off to physio, to surprised looks of “back again?” My physio informed me that it was, again, a minor sprain, but this one felt so much worse. His diagnosis provided me little relief, hope has already been burned at the stake and turned into ash.  My body has betrayed me, and I had probably betrayed my body as well. There were at least 6 different little things that could have gone differently that day and I wouldn’t have pulled my hamstring again. As much as I wanted to blame these small innocuous events, I ultimately only had myself to blame. Not enough recovery, stretching or warm-up, I knew these sins well but still fell prey to them time and time again.

Apparently I really like dancing with the devil, because when soccer is on the line my brain shuts off. On Tuesday (2 days ago) I decided to tempt fate and see if I could  injure my hamstring again. I went in for my physio appointment and was met with incredulous praise from my physio.

I had managed to surprise my physio with how well my hamstring healed, apparently being devoid of purpose while playing video games on the couch for 4 days straight is a good way to heal. My physiotherapist was practically gleeful, he needled me, (which is a workout in it of itself) and then had me do exercises at their gym to work on my hamstring. When I left physiotherapy I left with a tired hamstring and a burden of guilt. I opted to not tell my physio I had a soccer game tonight, in the back of my head I tried to convince myself I wasn’t going to play. I knew I couldn’t take the extreme toll of both soccer and the physio session on my hamstring in it’s current state. I quickly removed myself of any intelligent thought by booting up the console and launching straight into an Overwatch match.

The team needs me, I told myself. You can just go easy, you won’t get hurt. It’s only coed.

What happened next was possibly the worst soccer performance I have had since I discovered how to pass the ball. Imagine a fat kid who can barely run, now imagine a fat kid with a gimp leg. I’m pretty sure that amputees play better soccer then I did that night. I could barely run, my intensity was at an all time low, and my concentration was all but absent. I managed to gift the other team at least 2 goals that night, one direct possession giveaway in front of net and then the icing on the cake: an own goal off the tip of my foot.
I’m pretty sure my teammates wanted to murder me, and I would have let them, I deserved it.  Karma wasn’t quite done with me yet though,

In my infinite wisdom I decided to backheel pass to my goalkeeper, which is a sudden jerk movement that isolates the hamstring.

I instantly felt the pain, I pushed my hamstring too far. Horror crept into my mind and raced through my body, chills went down my spine and goosebumps raised on my arms. The thought of having pulled my hamstring a third time was horrifying to me. There was no possible way I could  be that stupid.

I’m not a man of God, but managing to not sprain my hamstring again made me reconsider divine intervention.

My hammie was sore, my pride was wounded, my ego shattered. I limped back to my car while reconsidering my life choices. I vowed not to be stupid, I absolutely could not, would not play in my men’s game the very next night. I woke up the next morning with a full range of motion and a dose of reality. My body had saved me this time, it’s not going to do it again, I considered myself incredibly lucky; my hamstring wasn’t terribly sore and I hadn’t set back my recovery that far. But if you remember the starting line of this post, it wasn’t about rational decisions made from experience and hard fought lessons.

This post is about how utterly retarded, illogical and crazy I am. I still think my GF must be a saint, because she has managed to put up with my shit for 4 months already, and we’re still going strong.

I’ll cut to the chase, I ended up playing in my men’s game. We ended up 1 player short of 2 full lines; I heard duty call and I answered.

Deciding to play in that game is probably the stupidest decision I’ve made in the last 6 months.

I couldn’t even break out of a slow jog. If I passed the ball too hard with my left foot, (my dominant foot and the leg with the injured hamstring) it felt like I was gonna pull my hamstring. I was slow, hesitant and a liability.

I ended up getting an assist and multiple interceptions. I surprisingly played a relatively decent game, I think I only gave away the ball once or twice and managed to cut off some key passes in our defensive end. On the attack the other team didn’t bother to mark me, because I had the movement speed of a handicapped turtle and I looked about as dangerous as an elderly rabbit. So naturally I ended up getting some nice passes in the middle of the field and was able to occasionally distribute the ball into dangerous areas. All things being considered I had a fairly positive impact on the game…

…BUT IT WAS REALLY, REALLY STUPID. Seriously, I dealt with a lot of self loathing over my inability to have self discipline. Amazingly I didn’t injure my hamstring. The second soccer came calling my self-control went out the window. It has already gotten me hurt, and apparently I don’t learn my lessons.  Soccer might be the single greatest thing in my life that I’m passionate about. Passion is emotion, it’s illogical, it defies reasoning, it’s an accumulation of hormones in your brain that make you feel a certain way. It’s crazy, it’s insane, it’s love; it’s soccer.

See you on the pitch. 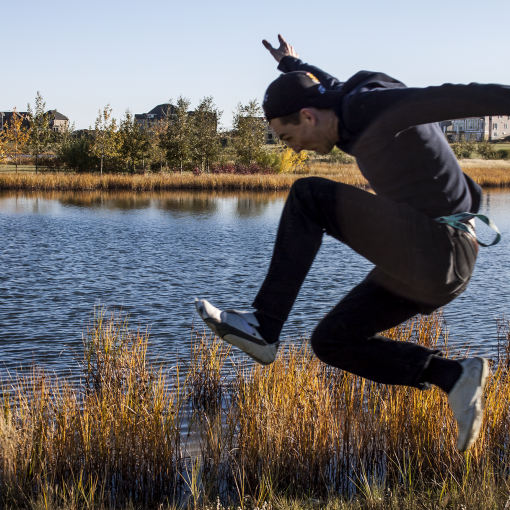 It is the weekend, I am exhausted. I need time to relax. This is what weekends were built for. STOP! Relaxation time! […] 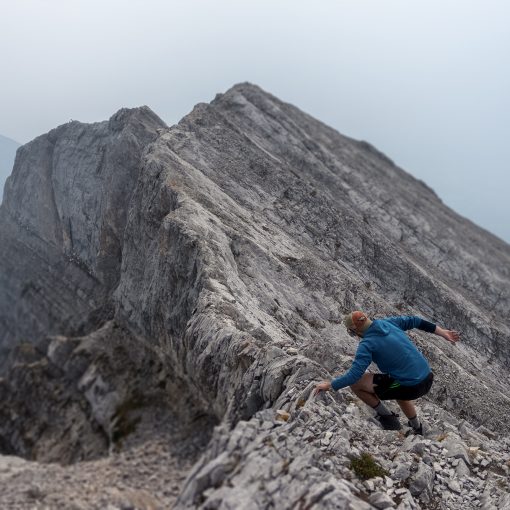 At the age of 25 I felt OLD. This feeling appeared one day out of the blue, a manifestation of moments lurking […] 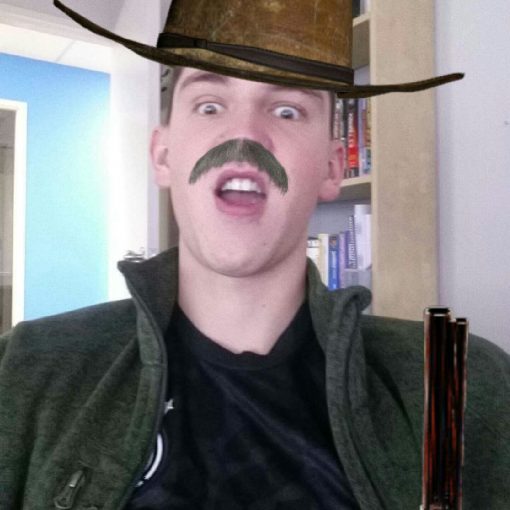 We fought a very hard battle last night. I am proud to say we never gave up. Despite the goal differential we […]