Skip to content
Home » Blog » Halo Reach is Back! But is it Still Relevant?

I can’t believe it, Halo Reach came out nearly ten years ago. September 14th, 2010 was the original launch date of this beloved game. Halo Reach released with 3 editions, standard, limited & the ‘Legendary Edition’, which came with a 10 pound statue of Noble Team. The higher tier editions also came with an ‘artifact’ bag with lots of little bits of lore and cool collectibles for any Halo fan. At the end of 2019 we still have many games releasing with multiple editions, but the amount of physical content has significantly dropped, with most developers focusing on digital passes/content. Heck, even Bethesda couldn’t figure out how to give fans a canvas bag.

At the end of this decade most developers seemed to struggle with releasing ‘full’ games or even having stable servers for the launch day. Imagining Halo Reach launching with all these editions, content and stability in 2019 is hard to believe. Not to mention you could also buy a super sweet limited edition Xbox 360 that came with a Halo skin and custom Halo sound effects when you turned the console on! I remember getting the Legendary edition and it was easily the coolest video game purchase I’ve made. My Noble Team Statue still figures prominently in my house, on display by my gaming computer.

At the ripe old age of 26 this is the first time I’ve had the distinct presence of mind to reflect back on an entire decade. It is seriously hard to believe Halo Reach fell almost 10 years ago, but does it deserve to be relevant in 2019 and beyond?

As an avid fan of first person shooters and Halo you might be surprised to learn I’ve not invested much time in the Master Chief collection( MCC). Currently I’m only at a measly 2 Days 5 Hours and 26 Minutes. Compared to the some of the people on my friends list from my Halo 3 days I’m a god damn casual. Among my friends I rank 26th for overall playtime, my top 3 friends are at 21 days, 16 days & 9 days of playtime respectively.

The main reason I’ve played so little MCC is the fact that at the beginning of this generation I switched sides to the PS4. The initial offerings from Microsoft looked weak to me and their attention seemed to be on everything except gaming. It would take me a year or longer to finally give up my PS4 for an Xbox, but by then I had already shunned MCC after learning about the massive fallout from their launch.

Here’s how other shooters I’ve played in the past decade compare to my MCC playtime:

Everything pre-Xbox One era does not have time stats you can easily retrieve. I’d love to know how many hours I spent flying in an Apache Helicopter blasting Fortunate Son while annihilating Viet Cong in Battlefield Bad Company 2. The best part was that Dice actually got the music rights so when you fly in raining down napalm and lead in your god damn Boeing AH-64 Apache Attack Helicopter the song Fortunate Son would play out of a speaker on your helicopter in-game. Thereby allowing you to ruthlessly condition scrubs to run and hide for cover every time they faintly hear the first few chords from John Fogerty. On a side note I have to say I’ve rarely seen shooter games incorporate popular music into their game. (The only other notable example to come to mind is Breaking Benjamin in Halo 2, or Skrillex in BLOPS2.)

If Fortunate Son didn’t do it for you, there’s also the additional in-game Helicopter songs, such as Ride of the Valkyries. (No. You couldn’t pick a more epic song. Mmm I love the smell of napalm in the morning.

The Master Chief collection is now a meaty collection of 5 complete Halo games.  This collection offers endless gameplay with custom games, forge and multiplayer, however a full campaign run through will only cost you between 48-131 hours! For the completionists out there the MCC only has a measly 7000 Gamerscore with 700 different achievements. Oof.

Yeah that’s a LOT of Halo. As of December 6th 2019, according to Trueachievements nobody has 100%’d the game since the addition of 100 Halo Reach Achievements. However, when the game had only 600 Achievements, approximately 1% of people completed the achievement list, some 600 odd people. The fastest 100% time according to Trueachievements was 150 hours  whereas the slowest times are in the thousands of hours. One gentlemen takes the cake with 7055 hours. That’s only 293 days of Halo.

Many of the Halo Achievements could probably be acquired in a timely fashion, however only true masochists can withstand the suffering of getting the LASO Master Achievement. It requires you to complete all Halo campaigns on Legendary, with all skulls on. (For the uninitiated skulls are difficulty modifiers that range from fun to hedonistic.)

Any way you cut it, the MCC has a lot of content for you to invest time in. The only caveat is you need to love Halo, or at least the game-play mechanics of whichever game you’re playing. Upon diving back into MCC multiplayer I discovered I was absolute trash at Halo 3. The game-play felt slow, clunky and unresponsive. Frustratingly I would die constantly in lopsided big team games, feeling like the skill curve was aggressively out of reach. The best comparison would be when a friend raised on Goldeneye 64 makes you play with them, and proceeds to decimate your K/D ratio.

Update 2020-01-24: Despite my hype for Halo I have barely sunk any time into the new offerings. I ended up playing a decent amount of Modern Warfare, mostly for the pure unbridled chaos that is Shipment. I suppose the conclusion if any, is that the nostalgia factor of Halo is strong, but the game experience for me wasn’t strong enough to pull me back in. 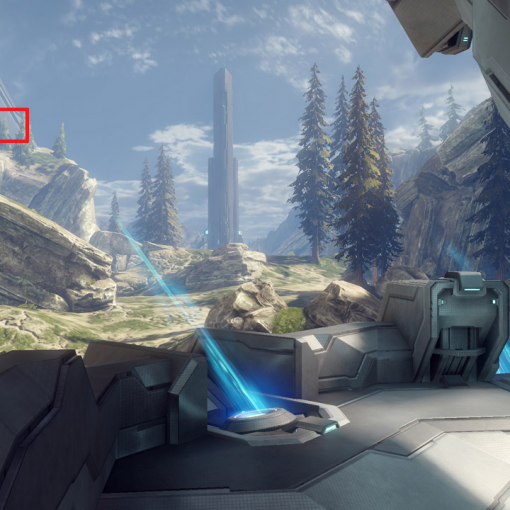 Today Everybody is losing their minds over the latest installment to the Halo franchise. 2 years ago I would have been one […]